The percentage of U.S. adults who say they have tried marijuana has ticked up to 49%, the highest Gallup has measured to date. More than 50 years ago, just 4% said they had tried the drug, but that percentage surpassed 20% in 1977, 30% in 1985 and 40% in 2015. A much smaller proportion of U.S. adults, 12%, say they “smoke marijuana.” The percentage of current marijuana smokers has been steady in recent years, varying between 11% and 13% after increasing from the 7% Gallup initially measured in 2013. 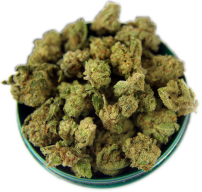